A BRIEF History of DELBARTON SCHOOL

The Morristown area, home of Delbarton, is an area rich in history. During the notorious winter of 1779 - 1780, the Continental Army made its winter quarters in Jockey Hollow, now part of the Morristown National Historical Park, adjacent to what is now the St. Mary’s Abbey/Delbarton campus. Washington’s Headquarters is nearby in Morristown itself.

In 1841, Martin Luther Kountze (koontz) was born in Osnaburg, Ohio, one of seven sons and five daughters of German immigrants Christian and Margaret Kountze.  With his brothers Augustus, Herman and Charles, Luther went into banking in Omaha in 1857, and Denver, Colorado in 1862.  In 1868, Luther came to New York City and established Kountze Brothers Bank. In 1875, he married Annie Ward Parsons, a descendant of two patrician New York families, the Barclays and the Delanceys.

The family prospered both economically and socially, and in the 1880s Luther Kountze followed many other prominent New York families in establishing an estate in northern New Jersey. Gradually, Kountze began to amass the four thousand acres that ultimately included what are now the St. Mary’s Abbey and Delbarton School campus, Morristown National Historical Park and Lewis Morris County Park.

In 1883, in the northeast corner of his holdings he completed a large stone mansion as a summer retreat and established a working farm with a number of outbuildings such as a carriage house and stables, barns, creamery (still used as a employee residence) and a chicken house known as a “chickenry.”

Luther and Annie Kountze had four children: Barclay Ward, William Delancey, Helen Livingston and Annie Ward. Borrowing a syllable from each of the first three children’s’ names, the estate was named Del-bar-ton.

Following Luther Kountze’s death from influenza on April 17, 1918, his heirs made several attempts to sell the Delbarton estate. In 1925, the monks of St. Mary’s Abbey, then located in the center of the City of Newark, seeking a suburban setting for a house of studies for young members of the community, purchased approximately four hundred acres of the original estate, including the mansion and farm. In the fall of 1927, the first group of pioneering Benedictine professors and theological students took up permanent residence in what became known as “Old Main” and its surrounding outbuildings, and began monastic and academic life at Delbarton.

Soon, the idea of establishing a secondary school for boys began to germinate in this education-oriented Benedictine community, which had conducted St. Benedict’s Preparatory School in Newark since 1868. Led by Abbot Patrick M. O’Brien, O.S.B., and pioneering Headmaster, Father Augustine Wirth, O.S.B., Delbarton School opened in 1939 as a school for resident students, with students in the sixth, seventh and eighth grades. Eight boys were graduated from the eighth grade in the following spring of 1940.

Under the energetic leadership of Father Stephen Findlay, O.S.B., who succeeded Fr. Augustine as Headmaster in 1942, high school grades were added (one per year) until 1948, when the first high school commencement of twelve young men took place. Enrollment gradually increased, but the School remained predominantly residential and small, with less than 150 total students through the 1950s.

Despite its small size, Delbarton School gradually expanded its facilities.  Father Stephen led the construction of the St. Joseph Gymnasium following the destruction of the Kountze carriage house in the disastrous fire of 1947.  The Carriage House had served as a gymnasium and dormitory for some 26 boys. In the wake of the fire, Fr. Stephen appropriately chose Delbarton School’s motto, Succisa Virescit ("cut down, it grows back stronger"), borrowed from the motto of often destroyed Abbey of Monte Cassino in Italy.

The opening of Trinity Hall in 1959, the first purpose-built academic building on campus, was another transformative moment in Delbarton's history.  With widespread suburbanization and the advent of the Interstate Highway System, the enrollment rapidly rose to over 300, the majority now day students, a harbinger of the School’s future. Father Stephen retired in 1967 after 25 years as Headmaster, but continued as Director of Development. In 1971 the Schmeil-O’Brien Hall dormitory was dedicated, but the tide had been strongly set in favor of day students for some time.

Delbarton’s fourth headmaster, Father Gerard Lair, O.S.B. (1975-1980), initiated major changes in School life. The traditional system of discipline, with demerits and detention, was eliminated in favor of "discipline by conversation," designed to bring about positive changes in boys. The academic prestige of the School grew, and, most significantly, in 1978 the monastic community terminated the residential program.

Campus facilities continued to expand in the 1980s and 1990s, with dedications of the Lynch Athletic Center in 1983, the Fr. Stephen Findlay Pavilion in 1995, the Fine Arts Center in 2007, the Forty Acres and North Field complexes in 2010 and St. Benedict Hall in 2021. The student body continued to grow to the current level of over 600 students. Since its inception, Delbarton has graduated over 4,000 men, many of whom have distinguished themselves in service to nation, Church and community.

After a successful eleven year tenure as Headmaster, in which Delbarton was strengthened financially, in its facilities, and in the vibrancy of its Benedictine and Catholic school culture and values, Brother Paul retired in June 2018.  Father Michael Tidd, O.S.B. was appointed as Delbarton’s twelfth Headmaster by Abbot Richard in November 2018, assuming office in July 2018.

The first students arrive at Delbarton, 1939 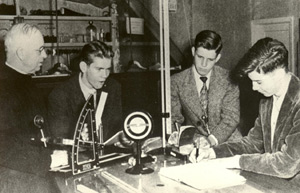 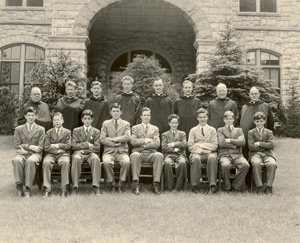 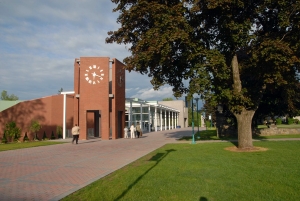