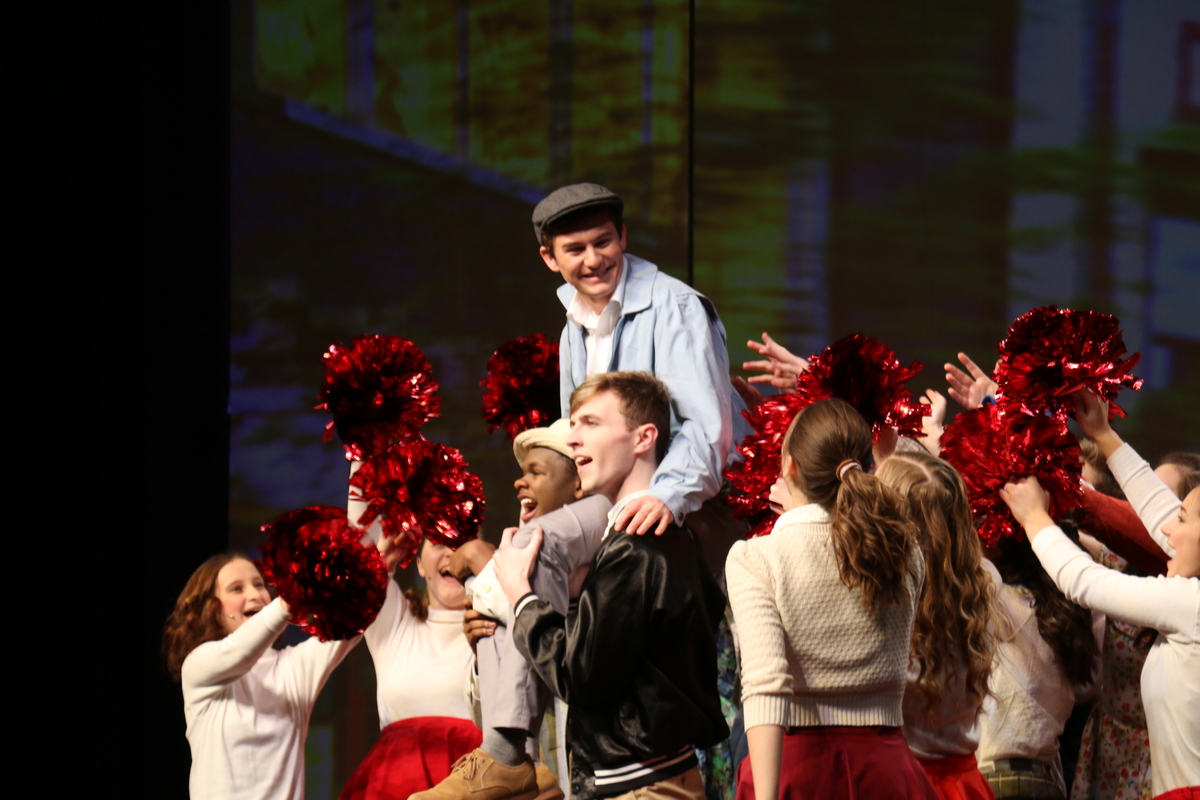 Check out photos from the final performance of the Abbey Players' epic production of 'Big Fish' and bravo to the cast and crew!

Audiences were treated to three outstanding Abbey Players performances of 'Big Fish' on stage at Delbarton on February 8-10.

The show featured projected background scenes that kept the action moving at an almost cinematic pace. Actors brought to life the poignant story of a father's relationship with his skeptical son (who doubts his dad's big fish stories of heroic deeds) with singing, dancing and fine performances. Directed with visionary fervor by Matt Corica, with musical direction by David Blazier, technical direction led by Andrew Bodd, and choreography by Michael Scannelli, this innovative show raises the theatrical bar even higher for Delbarton arts. The cast and crew more than measured up to the demands of the material, often bringing the audience to tears with authentic emotional drama and pathos unfolding on stage.

Enjoy these photos of the final performance on February 10, and a big thank you to everyone on the team who so worked so hard to deliver another epic musical to the Delbarton stage. Bravo, Big Fish cast and crew!